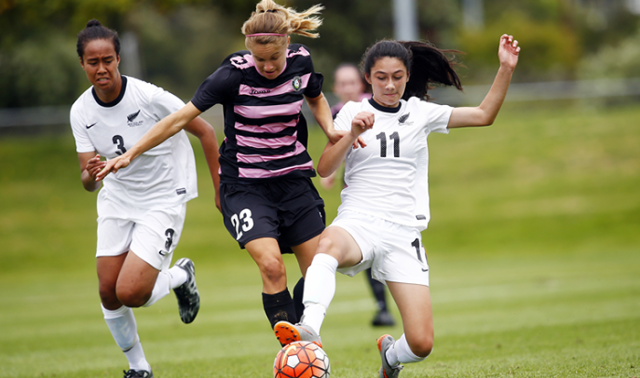 She signed for Juventus in Italy on Tuesday, following a successful trial.

“I guess if you look at all of the things I’ve missed out on over the years then sacrifice would be the right word. But with every sacrifice came an investment. An investment in the pursuit of the life that I hoped to one day lead.

“Today is the day that I finally got a return on those investments.”

Before heading to Italy, Rood was a regular for Auckland club Glenfield Rovers, who play in the Northern Premier Women’s League.

She is also the leading scorer in the history of the National Women’s Knockout Cup, where she has netted 37 times. With Glenfield, who she joined in 2010, she has won that competition three times, while also appearing in two other finals.

Earlier this year, the 24-year-old became one of the initial members of the Football Ferns Development Programme, which was set up in part to help domestic players find opportunities overseas.

She is the second player to move on from that programme to a professional deal, following CJ Bott, who joined USV Jena in Germany last month.

While she is yet to feature in senior international football, Rood has represented New Zealand at under-20 level, playing in two games at the World Cup in 2012.

Juventus have a storied history in the men’s game, where they are one of Italy’s most successful clubs, but this is the first season they have fielded a team in the country’s women’s league.

Before she left to trial in Italy, Rood spoke to the Northern Football Federation about her hopes.

“I have bought a one-way ticket, and I am hoping to stay over there until I get something secured,” she said.

Rood’s senior club career began in Northland, with North Force, and she has also played for the NFF in the National Women’s League, winning it in 2011, 2012 and 2015.

She told the NFF that she hoped the move would help with her goal of making the Football Ferns.

“I achieved all that I could in NZ but the opportunity to play in the Champions League is a dream of mine, you simply can’t do that in New Zealand,” said Rood.

“Being seen by more people, regularly, and on a bigger stage, hopefully that will reflect back to the coaches in NZ.”